As Truant Arts moves through it's second year ...

The world becomes a better place ... if you loosely define the word "better."

Chaos Under Construction 2013: The One-Acts 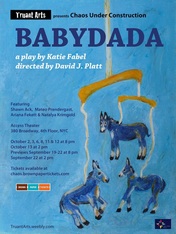 Babydada: Two kids show up on a doorstep - the girl(pregnant)'s estranged father & unbeknownst stepmother are trying to make a baby of their own - they get thrown into a situation involving all kinds of confusion, lies, chaos and farcical fun. 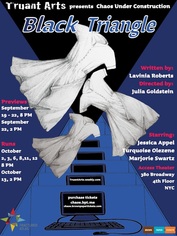 Black Triangle: Two ghost hunters, one a medium the other much more scientific, explore the Triangle Shirtwaist factory fire. 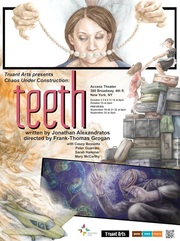 Teeth: A play about a woman who was born without a mouth.  As she attempts to get a mouth, she finds something she's sacrificed: her voice. 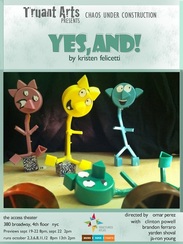 Yes, And!: The four members of Clifton reach different heights at the Yes, And! Improv Marathon Festival.

Chaos, and Other Worldly Possessions 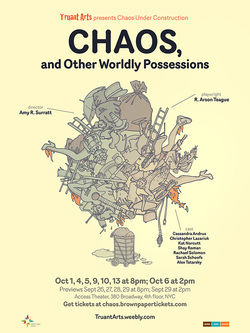 Seven people on a stalled subway fall into a grotesque Our Town on acid as it is slammed by a The Divine tornado of Comedy. What survives is a black, mangled hipster delusion and, hopefully, satori.