An interview on the fly with the playwright 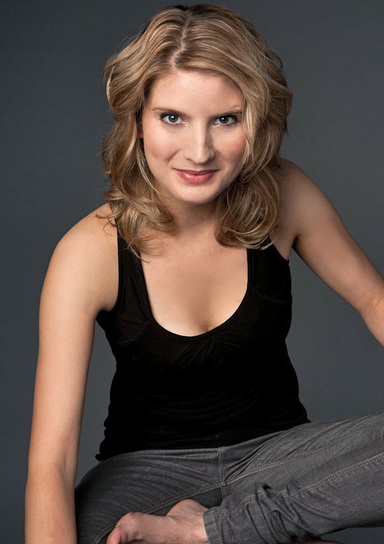 We caught up with playwright, actor and comedian Katie Fabel as she jet-sets her way through life and asked her to give us a couple more minutes of her time to talk with us about her experience with BABYDADA and Chaos Under Construction. She agreed. Here's what she said as she "literally huddles under a shelter in the dark in Buttermere in the only spot that has wifi for miles."

Truant: Thank you for going the extra mile, Katie. Now, on with it! The Truants proposed this idea that you should sit in a room with a bunch of actors and a director and then generate a play. And you said "yes." What were you thinking?

Katie: I was thinking I am sure with all the a million other things i am trying to cram into my pea-sized brain and life i can take on one more - but something about this excited me (and I know a lot about Chaos) & thought if I had to drop something, it would have to be something else - go with you gut - won't make sense at first but inevitably brings rewards in some form or other and adds a little creative chaos with integrity to the otherwise just chaos.

Truant: What was your process as you worked on BABYDADA?

Katie: I went to France with my family & I wrote 2 plays (one based on initial improv, and one a story i had waited for a chance to explore which I felt fitted the themes - and then chose which would be best for the actors - The one we worked on in initial improv- (with help from director David Platt) then got to work tightening it up - narrative and all that jazz.

What actually happened is that i was at a family reunion holiday and it was my excuse not to partake in board games that often ended in rows - so I sat and typed while with my family - happily distracted enough to not get sucked into that chaos - often to the annoyance of said family - who I love dearly!! - not ideal but because I was still on a EST time zone most of my work happened through the night as they slept - so i lost a little sleep as i got dragged out to hike but was the epitome of multi- tasking - & as i write this my family are waiting to deliver me back up the hill in the dark in the Lake District - where there is no wifi!!! Merde!!! I promised to devote more time to them here so - moving on...

Truant: How has working with other members of your theatrical team helped you in growing the work once the first rough draft was handed out?

Katie: They gave their instinctual responses to what resonated, what made sense to them, what felt real, & gently pointed out inaccuracies I had, of course, missed...

Based on what felt most natural to them and what I could read between the lines, I tried to tailor the script to make it as fitting to the actors as possible & took seeds they planted in discussions & improv, guided and filtered by director David Platt. I am a 'Pleaser', so i really wanted to provide them with something they would enjoy and could sink their teeth into . As I wrote, I could hear their voices and delivery and so tried to match dialogue to that. It gave me some parameters to work with and their personalities fed into it too.

Truant: Can you see yourself seeking out opportunities to work this way in the future Why?

Katie: Yes - because fun and surprisingly painless - liberating process that had very little of anything negative involved - and because everyone was jumping in & volunteering time I felt even more of a responsibility to make their time valuable for the artists as well as the audience.

Truant: What was the biggest/most surprising/most useful thing that’s come out of this process?

Katie: How fast and easily I have been able to make changes - axe scenes, cut stuff - add stuff - immediate flexibility with my writing - without care for time put in - trusting others to take it and make it their own and roll with it - no time or room for being precious - i like that.

Truant: And, if you could, a quick, chatty synopsis of the play.

Katie: 2 kids show up on a doorstep - the girl(pregnant)'s estranged father & unbeknownst stepmother are trying to make a baby of their own - they get thrown into a situation involving all kinds of confusion, lies, chaos and farcical fun.

Truant: We should let you get back to your family now.

Katie: Please, it's 11 pm here and i am getting eaten alive by bugs in a dark shed trying to squeeze the last of the internet before hitting the sack...

Truant: Thanks again for taking the time, Katie. ... Hello? Are you still there? Katie? Shit. Does anyone know where Buttermere is? Katie?

BABYDADA actor Mateo Prendergast explains his reaction to the process 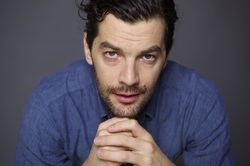 Mateo Prendergast had never worked like this before.  Show up on day one and there's no script yet?!  Even the most fearful soon grasp the excitement and grow with the process!  His words:

It’s been like being born again again; going through infantilism, toddlerhood, getting grown up teeth, being a teenager, and smacked into adulthood. Chaotic for sure; rewarding? YES.

It's a curious thing having a character written with the actor in mind. It's very much about perception--the writer's perception of the actor, the actor's self-perception, and then the three different views on the character (writer/director/actor). It's also like walking into a pick-up flag football game, or wandering into a jam session on open mic night in Burlington, VT. Everyone comes from a different background, a different school, speaking a different language, and you slowly, with grunts and gestures, develop a new hybrid language.

Being a part of a larger community also growing and challenging each other in the same way has been particularly fortifying. It has been a joy to watch the other plays develop.